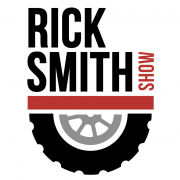 When Republican Congresswoman Marjorie Taylor Greene compared mask mandates to the Holocaust, everyone took notice. Most were stunned that she would ever think of making such a silly connection, but she did, and then she doubled down on it.

Brett Pransky, writer, professor, and Executive Producer of The Rick Smith Show took exception to the statement, calling it “frighteningly stupid” and then exposing the Congresswoman’s flawed logic by asking if other public health rules, like seatbelts and speed limits, for example, were also worthy of comparisons to the brutal slaying of six million people.

“It’s ridiculous to a degree I don’t even have the words to describe,” said Pransky. “[A]nd I’m an English professor, so that’s really saying something.”

Congresswoman Greene could not be reached for comment, mostly because we never attempted to reach her, nor do we ever intend to.